If you’re a regular reader, you will know that I am a self professed comic book nerd.

I have been LOVING the CW’s interpretation of The Flash, and I have been spending quite a bit of time theorising all the possible outcomes with my other half.

One character that keeps popping up, that we can’t quite pigeonhole is Eddie Thawne, Detective Pretty Boy. Here is my take on who I think he is or may turn out to be.

N.B I do not profess to be a comic book or DC Universe expert, I just love them. These are my thoughts and theories and not ‘facts’ – this is just how I would love to see the show develop.

If Harrison is a future version of Barry (that’s a whole other theory), and not an evil reverse flash, is he back in this exact time loop to either protect/stop Barry from discovering another character he encountered in his future timeline…? Perhaps Eddie Thawne?

This is a distinct possibility : A long lost twin storyline, and a rivalry already set with Eddie’s super speedy and convenient tryst with Iris.

Who is Cobalt Blue? 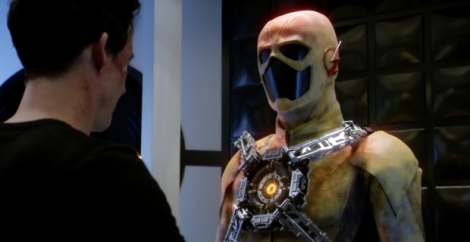 Back to time travel

(I’m aware that Cobalt isn’t strictly a reverse flash, however it’s the CW and he may emulate some of the characteristics of his descendants…)

So what do you think? Is Eddie the resentful long lost twin from the future, hellbent on stealing everything that Barry loves? Let’s see how it unfolds…

EDIT: It seems I’m not 100% correct, I won’t spoil it for anyone who isn’t caught up, but you’re in for a corker of a mid season!

Follow my journey through travel, beauty and food. PR friendly. Get in touch 24hoursfromhomeblog@gmail.com